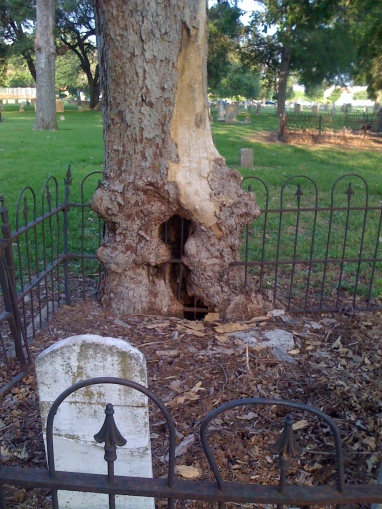 Christianity in the West has, for quite some time, been about cultural conformity, and very little, if at all, about the life and teachings of Jesus. It used to be that growing up in the United States meant you were exposed to Christian values, even if you chose to ignore or rebel against them. Not so today. To conform with Western culture, more specifically the American version, is to be at odds with the values of Christ. Therefore, in order to be a Christian, the kind of Christian that lives according to values taught by the biblical Jesus, you will need to become a non-conformist.

There are still vestiges of Christian culture, and plenty of people who appreciate it— even if they don’t really live by following Jesus— so, you’ll have a few friends. However, genuinely following Jesus Christ’s teaching will put you at odds with the majority. Your lifestyle will appear strange, and many of your choices will alienate you, even from church people. This is okay… if you believe what Jesus said.

Don’t assume that “the world” in Jesus’ statement refers only to secular culture. It includes the church and its culture too. Remember, it was the most religious and well respected people who were the architects of Jesus’ execution. These were the guardians of culture in a society founded on religion. It was they who failed to recognize that God had come to visit. They confused their system of ritual, liturgy and law with God. The Romans worshiped strength and their own power. These first century Jewish leaders actually worshiped their own religious power. Jesus threatened that; he made them jealous; they had him killed.

In our day I’m no longer surprised when priests and ministers are exposed as frauds or moral failures. There are too many who are in religious leadership for the wrong reasons. I would be more surprised if every high profile leader or celebrity pastor were actually as pure as they pretend to be. Freud had at least one thing right, there exist ego defense mechanisms employed by people to protect their public personae. Among these defense mechanisms, Sigmund identified what he called “reaction formation,” wherein a person comes out publicly against something that they are actually practicing (or at least are harboring).

An example of this may be observed in the 1999 movie American Beauty. Ricky is the son of a homophobe. Ricky becomes friends with his next door neighbor Jane. Jane’s father is Lester (played by Kevin Spacey), who has a crush on one of Jane’s female friends. One day Ricky’s homophobic father comes on to Lester. After Lester rebuffs the surprising sexual advance, Ricky’s father shoots and kills Lester. The idea, I believe, is not that the man hated Lester, but he was driven by shame to kill what he hated about himself. Reaction formation is what is behind the shooter’s public hatred of homosexuals. One wonders about the late Fred Phelps of Westboro Baptist Church…

People are attracted to money, sex and power. When religion offers a way to obtain any of the three, there will those who pursue it for that reason rather than the purported spiritual purpose. So, the answer to non-conformity with the world is not conformity to a religion, denomination,or church’s cultural expectations. In fact, the conservative expressions of church in the U.S.A. may be little more than the conservation of an older iteration of American culture, which may have some values that derive from the teachings of Jesus, but some that do not.

We seem to have selective memory when it comes to our longing for a bygone era. Peruse the fiction aisles of a Christian bookstore and you’ll encounter many novels which are set in the pioneer days. This seems to be a golden era in the minds of conservative Christians. The women all have long dresses and bonnets on their heads, the men are strong, family oriented and honorable. However, an honest examination of history would find many non-Christian values and religious expressions, during this time period. Then there’s slavery and racism. The pictures on the covers of these books are of white people. People of color probably do not look back at the 1800’s with nostalgic longing.

It doesn’t matter if you attend church or fancy yourself an atheist, you cannot escape the influence of culture. Those of us who seek to follow Jesus, however, need to stage a rebellion. I’m not thinking about a new monastic movement, or withdrawing from society like the Amish. We need to change our thinking and change our ways. We need to eschew conformity to either the secular or religious cultures and have our minds renewed by the truth of God. We need awakening. We need transformation. We need a resurrection.

This all begins with dissatisfaction. If think you’re all you need to be, if you have all you want, then you’ll never change. Jesus said he came to cure those who are sick, not affirm those who think they’re well (Matthew 9:12-13). He is the light of the world, but those who think they see, never will. “The god of this world has blinded the minds of the unbelieving, so that they might not see the light of the gospel of the glory of Christ, who is the image of God” (2 Corinthians 4:4).

Dissatisfaction with the world system, with our culture, may then lead us to a willingness to look elsewhere for happiness and fulfillment. “We walk by faith and not by sight” (2 Corinthians 5:7), so the ability to look elsewhere requires faith. Believe in the existence of a loving, almighty Creator. Trust him. Seek God by looking to the one who claimed to be his only born son. Jesus is “the radiance of God’s glory, the exact representation of his nature” (Hebrews 1:3). No one has ever seen God, but Jesus has explained Him (John 1:18). He is the image of the invisible God” (Colossians 1:15), and “in him all the fullness of God lives bodily” (Colossians 2:9). Jesus boldly proclaimed, “He who has seen me has seen the Father” (John 14:9). If you want to know the truth and be free, then follow Jesus Christ and his teaching (John 8:31-32).

Our churches must become communities of non-conformity by virtue of taking the teachings of Jesus seriously and doing what the Lord commanded. Our lives must be consumed with love for God, rather than love of money. We must love one another the way Jesus loved us, rather than loving ourselves and seeking our own agendas. We must love our neighbors as ourselves, instead of loving stuff and envying those neighbors who have more than us. We must learn to be sacrificial servants, rather than self-seeking and self-serving consumers.

We must learn to worship and enjoy God’s presence in our everyday activities instead of constantly seeking to be entertained. We must reign in our insatiable and increasingly perverse sexual appetites. Pornography, fornication, adultery and homosexuality, all of which are practiced widely (even in churches), must immediately and completely stop in the lives of Christ’s followers. The love of guns, love of violence, bloodlust, all must become abhorrent to us. Guns are tools. I don’t love my shovel, my crescent wrench, or my blender.

If this is going to happen it will require a death. The death is the old me, my old self. That will not happen, indeed it cannot, through my own efforts. I don’t have the desire or courage to begin the process. Self-denial, self-discipline and harsh treatment of my body won’t change me on the inside. Faith in the crucified and resurrected Jesus, however, will. “For I have been crucified with Christ and no longer do I live, but Christ lives in me. The life I live in the body I live by faith in the Son of God, who loved me and gave himself for me” (Galatians 2:20).

I don’t think a non-conforming community of Jesus should avoid the world or avoid the culture, though. We need to engage people who are enthralled with culture and inured to religion with a real and relevant and renewed counter-culture centered on Jesus and his teachings. I’m not sure how all this looks yet, but I’m seeking and getting a sense of how it feels. Anyone else interested in joining the non-conformist revolution? Start with a serious reading of Jesus teaching to his followers about what it means to live out life like a follower. You’ll find it in Matthew chapters five, six and seven.