When your expectations aren’t met it’s tempting to give up. When on a fitness program–or most any other plan you make in life–you need to see progress. Or what’s the point, right?

I’ve seen progress, but it hasn’t gone according to my original plan, which was to lose 2lbs per week until January 1, then lose 1lb per week until around Valentine’s Day when I reach my goal. I wrote my target weights on a calendar and met about half of them at the right time. I did the 10 day modified juice fast and hit my goal for January 1 on December 24. Then I proceeded to gain SIX POUNDS. The next week I dropped back down a couple of pounds then fasted for three days and got back to where I had been. That’s where I am currently, and it’s about three pounds off of my original goal.

Still I look at myself in the mirror and it has been a remarkable physical transformation in a two month period. My scale measures body fat, but I’ve determined that it is grossly inaccurate. At my current weight, based on the original body fat calculation, I should be at 10-12%. The scale says 15.6. I’ll need to get calipers and pinch the fat in various places and plug those numbers into a formula that calculates more accurately than my $100 scale from Amazon.

So, although I’ve not met my original numeric goal YET, I have made significant progress. I’m not giving up. In fact, I’m more determined than ever to make my body do what I believe it can and will do: reach 9% body fat with 40% muscle mass by my birthday, which is in 52 days. At middle age this is not as easy as it used to be, but I’m up for the challenge! And I’m looking and feeling great–except for the constant muscle soreness! 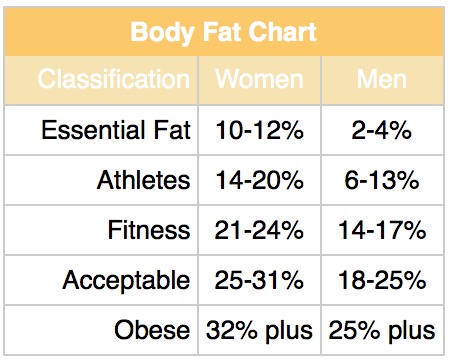 Addendum: I used calpers. The various formulas for determining body fat lead me to believe my scale is closer than I’d assumed. I’m probably between 14-15% now. So, I adjusted by goal to be at 9% by my birthday, which is 49 days from this addendum.