This is the first installment of a muliti-part story about 21 years of overcoming conflict and opposition as I’ve tried to learn how to minister and speak the truth in Garland, Texas.

Twenty-one years ago at around this time of year I was seeking God about the call to a new church. I’d been the youth minister for one congregation while I attended seminary. Now the time had come for me to graduate and move on. I made my resume’ available through the seminary placement office and several churches showed interest. My plan was to move back toward Arizona or California, but a church just 45 minutes away in Garland, Texas pursued and interviewed me. I spoke there in view of a call. They voted to call me as their Associate Pastor and Youth Minister.

Now, I had said to myself, maybe to God, that I wouldn’t serve there unless the vote was one-hundred percent in favor. I’d already experienced drama related to a church that was not entirely behind their pastor and I didn’t want to be part of a divided church situation, especially over me. Trouble is, many churches with congregational forms of government do not agree one-hundred percent– on anything. When the pastor called with the news that they wanted me to serve, I asked about the vote. He said there were three or four people opposed. I declined the offer. The pastor wisely asked me to think about it and let him know by the following Wednesday evening.

Wednesday came and I sat in my office at the old church. I was planning my message for our weekly youth event called Fusion. I prayed about the new church and whether it was God’s will for me to go. I asked the Lord to speak, and I read my Bible to seek an answer. I don’t know how I arrived at the passage, but the words from Isaiah 41:8-20 jumped off the page. Here’s the text to verses 11-13 in the midst of the passage.

“All who rage against you

will surely be ashamed and disgraced;

those who oppose you

will be as nothing and perish.

Though you search for your enemies,

you will not find them.

Those who wage war against you

will be as nothing at all.

For I am the Lord, your God,

who takes hold of your right hand

and says to you, Do not fear;

I will help you.”

What this said to me at the time was: it doesn’t matter what a few nay-sayers vote; you will be vindicated. God had my back, and he wanted me to serve at the new church. If you look at the passage, it speaks about people “who rage against you… your enemies… those who wage war against you.” That would be too strong if it referred only to a few people who voted not to call a future associate pastor and youth minister. As it turns out, this passage has been an essential promise to me during a generation of service in this community.

Time and again I’ve encountered opposition. At first this came from older people who didn’t understand my relational style of reaching teenagers, or why we wanted to do a Sunday night meeting for youth at a recreation center instead of attending church with the adults in the sanctuary. One Sunday evening before our youth moved to the rec center an older gentleman approached me and pointed out that one of the teenage young men was wearing a hat in the sanctuary. I turned to see who the offending youth might be and witnessed the boy’s mother directing him to remove the offending headgear. He complied (probably grudgingly). I courteously responded that it appeared the situation had been taken care of. The man never spoke to me again. This is a minor example of a growing rift between the old and the young. It happens in many churches: traditional expectations versus innovative methodology. I cannot say that everything I did was wise, nor can I say that I did enough to communicate with the older generation in that church. I do believe that everything we did fulfilled the church’s mission of reaching the unreached.

Understand, this was opposition to my method of ministry, not warfare. A critic is not the enemy. In fact, there can be healthy criticism if it is intended to edify and encourage. We can agree to disagree on some points. The real warfare is spiritual in nature, and the real Enemy is called Satan. His name comes from a Hebrew word that means adversary or enemy. This Enemy was preparing deeper harm to me and to my ministry than I ever imagined. 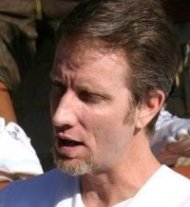 By the way, let me pause to affirm that this is not unique to me. Anyone who makes the effort to pursue God’s call and do His will is going to be opposed by the same Enemy. This is the one about whom Jesus said, “The thief comes only to steal and kill and destroy” (John 10:10a).